Nuggets of wisdom: how microlearning is transforming workplace training

Remember the old days of workplace training? Uninspiring off-site classroom sessions, chunky manuals and instructional videos that looked as if they were filmed in the last century (and sometimes were)?

Thankfully, things have changed. In a workplace landscape characterised by recent change and increased flexibility, the way we are learning is adapting.

Organisations are embracing a new way of learning that is known as microlearning – training that delivers modular content through bite-sized lessons. Integrated into the daily workflow, the lessons are easy to digest while you’re on the job.

“Where a traditional course was often an immersive experience which removes you from the workflow, microlearning provides small, actionable concepts that you can use exactly where and when you need them,” says Pradhan.

In a nutshell, he says, microlearning is: “Just in time, and just enough.”

“You’ve got to constantly reinvent yourself and your organisation.”

Over 10 weeks, managers received a series of emails, each with a simple suggestion, or ‘whisper,’ to learn and immediately implement.

The suggestions were specific and practical, such as expressing appreciation for a colleague’s action.

This system of nudges is benchmark microlearning, says Arun Pradhan.

“In one of Google’s Whisper campaigns, participants raised up to 40 per cent higher in living to those values.”

Pradhan recently used a microlearning approach in his work with one of the big four banks. Following an initial kick-off meeting, the participants received four concise ‘nudge’ emails over the next two weeks, containing a key concept and a call to action.

“It might be a productivity hack to implement, or a nudge for them to stretch in a certain area,” says Pradhan.

The method, he says, “builds on marginal gains that compound, rather than seeking a drastic transformation through a two-day intervention.

“Plus, there's substantial evidence showing that learning something closer to the point of application is much more effective.” 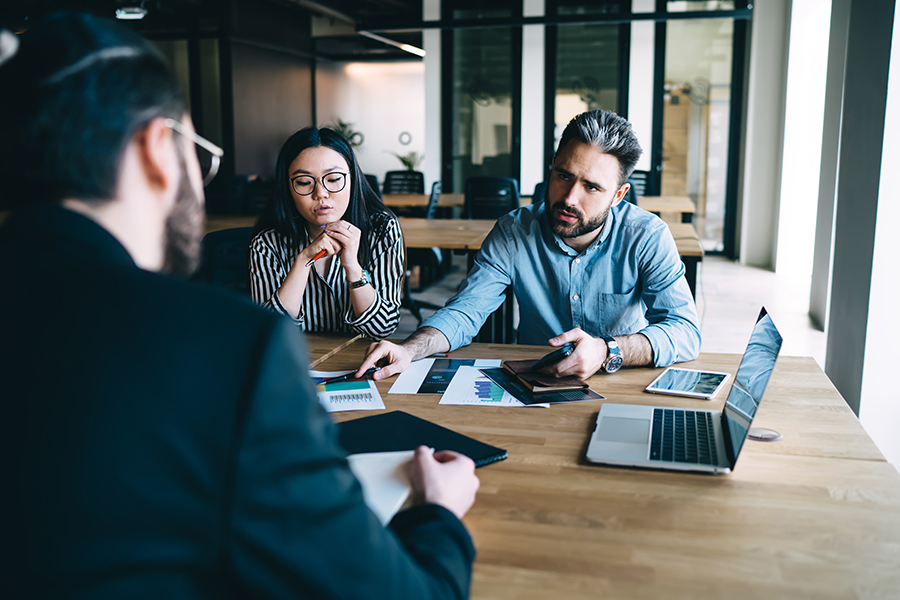 Out with the old

The traditional model of gaining all your career skills in one hit, through a university degree, is increasingly outdated.

“Previously, you would study this three or four-year course and that sets you up for life,” says Pradhan. “Now, technical skills quickly become redundant and need to be constantly refreshed.

“While you might still do some upfront learning, you've got to constantly reinvent yourself and your organisation.”

“These can be really difficult skills to judge,” says Dr Ash Jones, DeakinCo’s chief operations officer and head of product. “Everyone talks about being an exemplary communicator, for example, but what does that really mean?”

With participation from academics and industry experts, DeakinCo has devised a system for credentialing these skill sets across all career stages and provides the workplace training in four to six-hour courses delivered in self-paced, multimedia modules.

Says Jones: “It’s learning that also measures the impact of your knowledge in the workplace. You can hit the ground running with (newly acquired) skill sets.”

With workforces increasingly geographically fragmented, microlearning is often seen as a solution to challenges around business continuity and training.

“All of our courses are modularised, so you can do a 20-minute hit any time and then return to it as you wish.”

Microlearning can respond swiftly to specific training needs, she adds – a boon during the COVID-19 lockdowns.

Both Pradhan and Jones are excited about microlearning’s positive implications for the future.

Says Jones: “Our model is very practical, and it provides pathways for people that perhaps wouldn't have had them otherwise.”

“This shift all about how we can have better learning organisations, and teams that are continuously learning,” adds Pradhan.