Bubble tea, helping elephants, a herb garden. Oh, so millennial generation. Don’t roll your eyes, though – the research is clear that a happy office is a solid foundation for a high-performing work culture.


There’s a lot more than work happening at the Sydney headquarters of graphic design software company Canva. The Surry Hills office is a hotbed of shared passions – from kite surfing to karaoke, bubble tea to board games, and even preparing for the apocalypse.

Among the 130-strong staff, no less than 88 special interest clubs thrive, fostering an atmosphere that’s earned Canva multiple awards for its positive culture.

The clubs, facilitated by a dedicated vibe team charged with nurturing the company’s feel-good factor, are complemented by a rock climbing wall, overseas trips with colleagues, a lovable office dog called Biscuit and the latest (and possibly greatest) – an onsite brewery.

“We’ve taken Friday night drinks to the next level by enabling the team to brew their own,” laughs staffer Chris Low, who looks after vibe. But, he adds, Canva is serious about engaging its workforce. “The clubs are a really great way to empower our staff to be involved in activities that relate to their lives rather than their roles at work,” he says. “It gives a sense of community, and people can connect outside of their teams.”

Canva’s enlightened approach typifies a growing recognition among employers that their teams seek – and expect – to be happy at work. In a 2014 global study by Boston Consulting Group, good relationships with colleagues emerged as the number two factor for happiness on the job with being appreciated in the top slot and remuneration languishing at number eight. 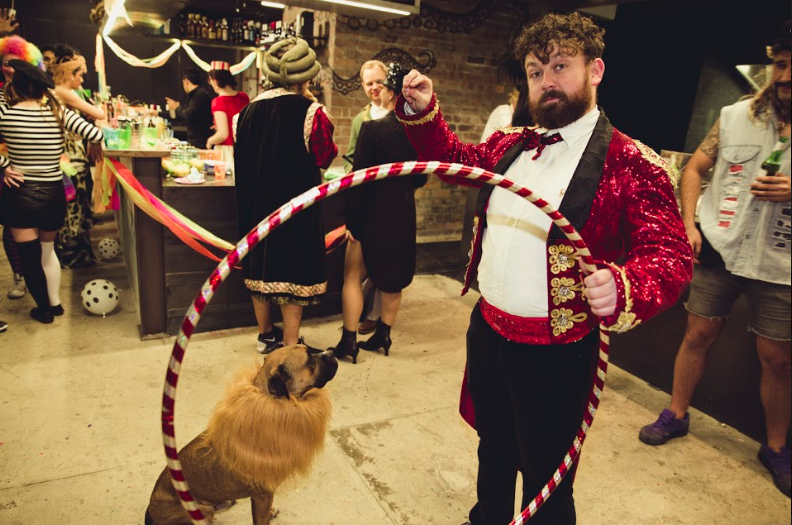 At architecture firm Woods Bagot’s Melbourne studio, Jess Dootjes heads Club Woods Bagot, a social club with a committee of five, that is responsible for activities including movie days, karaoke parties, tennis round robins and whisky and gin tastings.

“In this studio we have a fantastic two-floor amphitheatre,” says Dootjes, “We used it for our karaoke night, and it was a big success. Our chief operating officer kicked it all off with a Barry White rendition – pure gold.”

The tennis round robin with an 80’s theme, she says, was also “a huge morale booster,” and the committee is planning a herb garden and community market where staff can bring in homegrown produce. “Professionals coming to interviews have heard that we have a great studio culture and this is important to them when they’re looking for a job,” she says.

“It’s a win for both staff and the firm if you have higher happiness and lower turnover.” 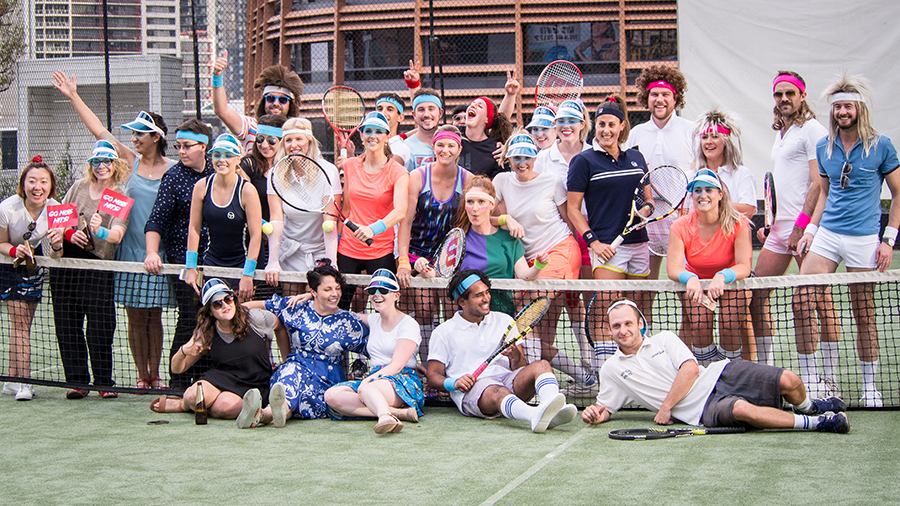 “Professionals coming to interviews know we have a great studio culture and this is important to them.” Jess Dootjes, Woods Bagot.

At Perth-based recruitment and building services provider, The GO2 People, the GO2 Culture Club arose from a like-minded group’s informal lunch dates. “About nine months ago a few of us were catching up for lunches regularly, and thought it would be good to develop into something more structured,” says training coordinator Ariana Brown.

“We saw how it improved everyone’s day. Once everyone’s together in one room outside the office, they start to talk about things that are non-work related.”

On the last Friday of each month, everyone contributes food from their own culture. “We have a very diverse office, so there’s always plenty of delicious tastes – from Irish bread to Chinese, Vietnamese, Indian and Filipino food,” says Brown.

Meanwhile, once a week you’ll find a crew from online talent marketplace, Expert360, pounding the steps of Sydney Opera House. The Running Club, says its instigator Stephanie Graf, is a tremendous team builder.

“We are not super-fit runners. It’s about getting everyone motivated; looking out for each other. We cheer each other on. It’s a bit of teamwork, and time we can spend together. Plus it’s a big stress relief – and that’s hugely important.”

A group photograph each week preserves the moment before the group returns to work feeling bonded and energised.

Cotton On - Andrew Wadey in Ugana for the Cotton On Foundation.

Many companies encourage a sense of community through in-house philanthropic projects.

Employees are invited to help its Crown Pin Foundation charity projects and Fairyland Centres for kids with disabilities. The company manufactures therapeutic devices for humans and animals, and national group manager Ian Bellion says it even has a thank you letter from an Asian elephant at a Perth Zoo, after donating a massage machine for the giant creature. “It’s a pretty unique note,” he laughs. “Here, we believe that the more people have a good connection with each other, the happier the workplace is.”

This year, Australia’s largest global retailer, Cotton On, is celebrating the tenth anniversary of its Cotton On Foundation, an NGO set up by the company to involve its 2000 team members in children’s education projects in developing countries. More than $60 million has been raised over the decade for communities in Uganda, South Africa, Thailand and Australia’s Northern Territory. “When you talk to a team member, they’ll be able to tell you exactly who they’re supporting – even down to the names of villages,” says engagement manager Andrew Wadey. “They’re also given the opportunity to meet the people they help on annual trips.”

Wadey has been on the trips and says they’re a moving experience.

“Young people want to make a difference, but they often don’t have a huge disposable income,” he says. “This empowers them to make a difference. We know that people come to work here because it gives them that chance. People are no longer showing up just to work. They seek meaning and purpose.”

And in response, Australian companies are innovating, evolving and engaging their teams.

It’s a win for everyone.