Why HR departments need to walk their talk

Article3min22 May 2018By Vanessa De Groot

After years of managing organisational change, it’s now time for HR professionals to transform their own role by becoming proactive enablers of talent.

The traditional way of working from nine to five, being supervised, of following job descriptions and having appraisals is becoming a thing of the past.

Instead, we’re working flexibly, stepping away from our desks into breakout zones to collaborate, and increasingly integrating technology into our work practices.

As these changes take place, the conventional human resources department needs to change the way it operates. It needs to move away from following the policy and procedures manual, and instead adopt new skills and ways of managing people.

Technological advances, a move towards automation, and the rise of the gig economy, with more freelance workers rather than just employees on a company’s payroll, are just a few of the tests for HR departments that have arisen in recent times.

It all adds up to a bedrock shift in the nature of work. It’s this shift that HR has to address in order to adapt and manage people in future.

Much of the current focus is on catering to the needs and demands of the younger generations, which are believed to be more dominant in the workplace nowadays.

But Dan Cook, Dexus Head of People and Communities, doesn’t believe that is necessarily the case.

There are certainly younger people in the workforce, he says, as has always been the case. But at the other end of the spectrum, older generations are staying in the workforce for longer. So there’s a need to adapt the workplace to fit workers of all ages.

“The challenge is to design workplaces and organisations that can fit the needs and expectations of multi-generations, catering for both the old, young and in-between,” he says.

The changing role of HR

The job of the HR professional and HR team is to rewire the organisation to ensure it adapts to all the changes in the workplace.

Essentially it’s about modernising the workplace, especially in the physical sense and in terms of employee experience, with the latter being a relatively new concept for HR.

The layout and offering of the office is important particularly for younger talent, who assess an organisation largely on its physical attributes.

“Candidates we hired recently took photos of the reception area and other parts of the office, such as our collaborative spaces, to show their friends,” Cook says. “Their workplace is a badge of honour.”

When it comes to the employee experience, the focus is two-fold.

It involves looking at what employees are working on, who they’re working with, how they’re led and what their physical surroundings look like.

But it’s also about what people want out of an organisation or the benefits they receive. After pay, the priority is flexibility.

"The challenge is to design workplaces that fit the needs and expectations of the old, young and in-between."

In response, HR departments are focused more on work-life integration rather than separating the two, as per the work-life balance ideology.

Workers now don’t necessarily need to be in the office from nine to five. There is greater acceptance of other priorities, such as school drop offs and pick ups, doctors’ appointments, caring for ageing parents and sports training.

But even if they’re not in the workplace during traditional business hours, workers still need to be productive, with the focus on outcomes rather than time spent in the office.

Other benefits might relate to wellness, with end-of-trip facilities, and yoga and meditation rooms, for example.

But there’s a growing sense that a key benefit can come in the form of HR departments giving employees more of a say in their organisation.

This might be, for instance, in having employee-led programs to decide their own social events right through to professional development.

One initiative Dexus has taken is giving employees access to more information about themselves such as benefits, organisational information and leave plans, which used to be restricted to the personnel department.

It’s done through the use of technology, which is increasingly being integrated into the employee experience for communication purposes. In this case it’s via an app called Workday – one of nearly 15 Dexus has made available for employees to download.

Cook says the provision of this information is a good illustration of the changes ahead for HR. The role is moving from the routine processing of data and answering questions into more of a consulting, advisory and coaching role.

In response, HR professionals are lifting their data analysis skills to help them better understand the modern workplace. The data can provide them with insights into talent to help them stay one step ahead of the changing workforce. 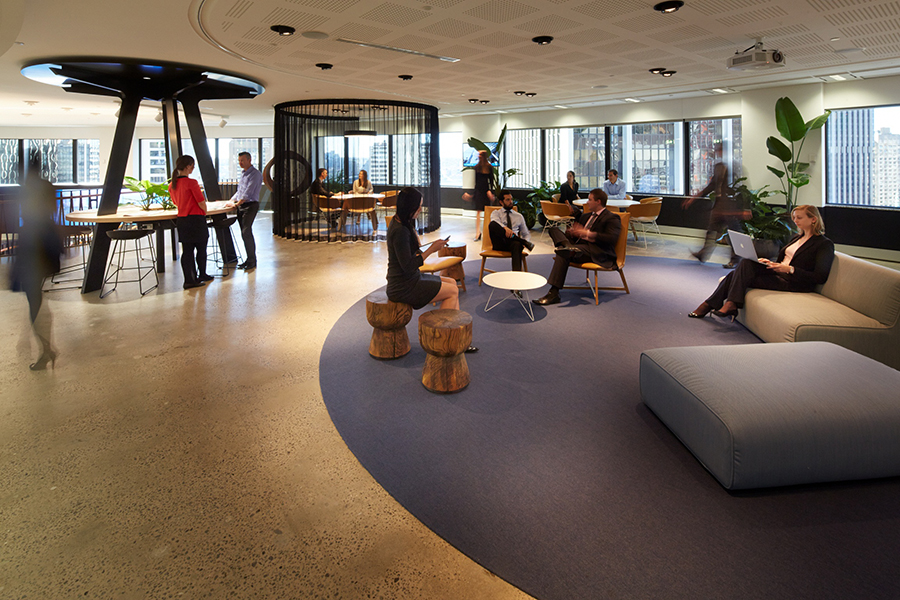 How to help HR adapt

Putting measures in place for HR departments to adapt to the modern workplace can be challenging in large organisations, and in certain industries it can be like trying to ‘shift the Titanic’.

But it’s crucial to do it in order to attract the best talent and retain it.

This is especially the case today’s environment of high employee turnover.  Workers are much more inclined to move around now, having multiple employers of the course of their career rather than being loyal to one employer, which was the case many decades ago.

They are looking for companies and workplaces that can meet their wants and demands, and if they don’t find what they’re looking for they’ll go elsewhere.

While the need for HR teams to change is particularly important in the retention of staff, it’s also important for the organisation to run efficiently.

Put simply, if employees are not getting what they expect, you’ll have a less engaged and less productive workforce, Cook explains.