Have yourself a stress-free Christmas

The holiday season is a time of giving, joy, family, celebration and, all too often, stress. Avoid festive burnout by focusing on the positive and making time for fun and relaxation.

Take it from Santa - making a list and checking it twice saves a heap of festive pain.

Make your own to-do lists - and then cross off everything that isn’t essential. Does every catch-up really need to happen before Christmas? Often, January is a quieter, easier time for socialising, so put some New Year appointments in the diary to take the pressure off.

Success coach Muffy Churches offers this tip: “My favourite coping skill for the holiday crush, rush and fuss is: the art of anticipation. Each morning, take a moment to visualise your day and all the potential trigger points, so you’ll be ready for them. We can stay calmer circling a packed car park if it doesn’t take us by surprise.”

Put the ‘me’ in Christmas

It’s easy to hurtle through the holiday season, striving to do everything and be everywhere, while your stress levels soar.

Sometimes, the best word is “no”, says Dr Libby Weaver, author of stress busting book The Invisible Load. “The festive season should be time to put less pressure on yourself in all aspects of life,” she says.

“Don’t be afraid to say no to anything that you know will bring you a high level of stress. Only you can take care of your health and happiness. Use the time you gained back to do something you love - go for a walk, practice some yoga or simply curl up on the couch with a good book. You will feel so much better for it.”

"The festive season should be time to put less pressure on yourself in all aspects of life,”

‘Tis the season to be jolly – but mindful indulgence is the key to surviving social marathons in tiptop condition.

Australia’s hot Christmas weather adds extra challenges for your system, especially when the good cheer is in full flow. Start parties with a water or non-alcoholic drink and alternate these with boozy beverages throughout. You’ll stay hydrated and happy for longer.

Avoid overloading on rich, nutritionally empty party snacks by filling up on something hearty and healthy - a tuna salad sandwich, a tasty protein shake - for slow-release energy that will fuel your fun and avoid mood-busting sugar crashes. 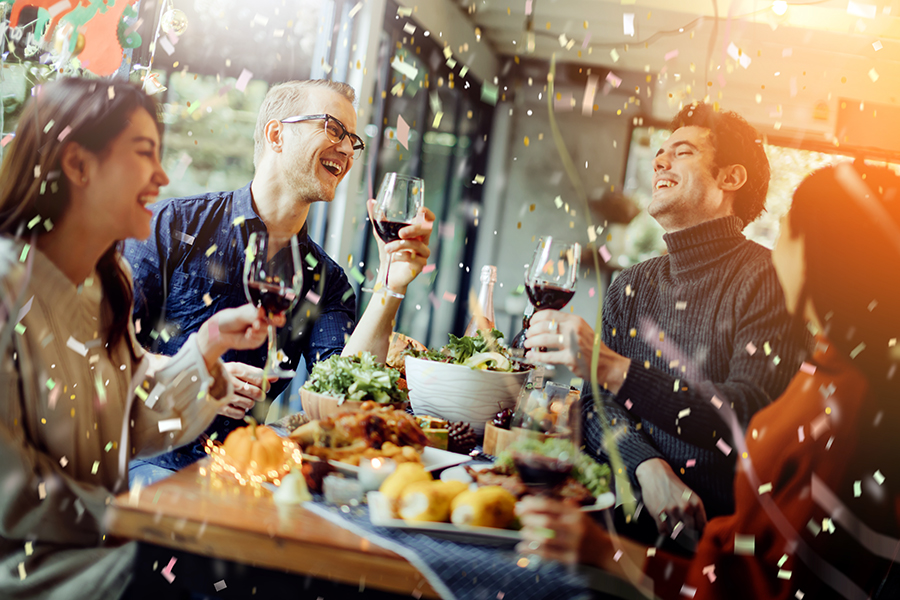 Nothing boosts stress levels like being broke in January. It’s easy to overload your credit cards in the name of goodwill, but it’s best to set firm budgets and stick to them.

While the stores beckon with endless goodies, remember the sales start in just a few weeks – and much of the merchandise will be discounted then.

The old cliché ‘it’s the thought that counts’ is true. An inexpensive but carefully considered gift can mean much more than a hastily acquired trinket. Shopping online saves valuable time and energy and reduces the risk of panic buying.

Remember, the festive season is about people rather than things. And that’s a great message to teach your kids.

Overindulging happens, so stock up on handy supplements to restore your mojo. Naturopaths recommend milk thistle as an effective, gentle liver tonic to help your body cope with the extra load. Tap into turmeric’s antioxidant, anti-inflammatory properties with a delicious golden turmeric latte.

When it’s all over and everyone’s back at work, you’ll most likely wonder at how the holidays raced past again, so take time to stop, smell the pine needles, enjoy and be thankful for the festive, and at times, silly season.

Yule be amazed: ten things you never knew about Christmas