How emotional intelligence can make you more successful

In today’s fast-paced, high-stakes workplaces, EQ skills can give you the edge, say experts.

Almost 25 years ago, Daniel Goleman’s ground-breaking book Emotional Intelligence redefined what it means to be smart.

He popularised the term EQ (Emotional Quotient) to describe the ability to recognise and understand our own emotions and those of others.

The book sparked a personal development industry, based around the revelation that unlike our innate IQ (Intelligence Quotient), the five core EQ skills - self-awareness, self-regulation, motivation, empathy and social skills - could be learned.

While developing emotional literacy made sense for individual personal development, its benefits were initially less obvious in the workplace, where traditionally ‘soft skills’ were considered secondary to technical, ‘hard’ IQ abilities with a clearer connection to the bottom line.

In recent years, though, businesses have come to recognise the value of EQ. According to a recent LinkedIn survey 57% of employers said EQ or ‘soft skills’ are the first thing they look for when recruiting.

In another survey by a major US recruitment firm, 71% of employers said they valued EQ over IQ, while here in Australia, in a recent employer survey conducted by recruitment company Hays, more than half of the respondents nominated emotional intelligence as a skill in high demand.

“Empathy, motivation, influence, relationship management and social interaction are all important skills that allow us to successfully reach the desired outcomes of most jobs,” he says.

Job candidates with high EQ have the competitive edge in landing the best roles, Deligiannis believes.

“When you look at two candidates who have similar technical skills and experience, a good demonstrated level of emotional intelligence helps one stand out.”

He also believes that EQ skills are increasingly important as technology transforms our workplaces.

“The Fourth Industrial Revolution is here and rapidly gaining ground,” he says.

“Emotionally intelligent people are good listeners and collaborators, which is increasingly important as organisations adapt to the changes happening around them. People who can work with others create innovative new solutions and approaches,” he says. 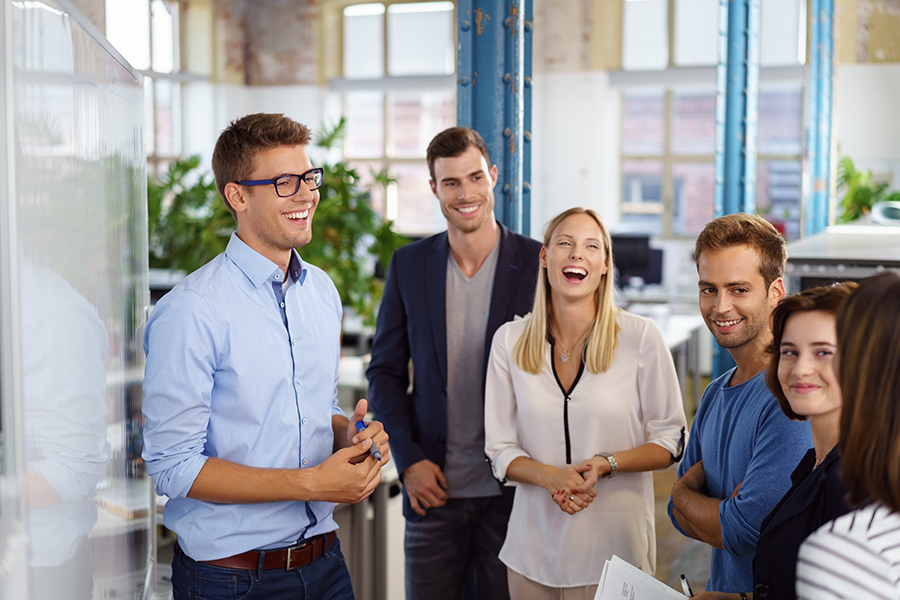 Human resources consultant, Ush Dhanak, is so convinced of the value of emotional intelligence that she’s made it her sole focus. As an Emotional Intelligence coach, she works with businesses to boost their organisational EQ.

“It is the single most important strategy a business can implement,” says Dhanak.

“If your people are not emotionally intelligent, nothing else will be executed well. You could have the highest IQ CEO putting strategies in, but if people are not connected to that, nothing will work.”

In action, says Dhanak, high-EQ teams foster good communication, a supportive environment and collaborative culture where emotions can be expressed safely and respectfully.

“I love seeing teams bringing EI to life, checking in with each other about how they’re going, what’s been a win or a challenge; creating courageous conversations and making it acceptable that we bring emotions into work,” she says.

Coach and facilitator Wendy Jocum agrees. “We are all emotional and social beings. We can’t just drop our emotions at the door when we come to work – and we shouldn't.

“They give us crucial information about ourselves and others, so we need to pay attention to them.”

“People managers must be able to tap into both the positive and negative emotions of others, while being aware of their own,” he says.

“Such leaders are more likely to retain staff and improve employee relationships. They understand what triggers their team members’ negative thought patterns. They’re empathetic and, crucially, they are proactive in ensuring emotions don’t have a knock-on effect on employee wellbeing, team morale and productivity.”

Says Ush Dhanak: “At CEO level, good EQ means the ability to cope with stress, keep a clear head to take calculated risks, and make better decisions for the business.”

Both coaches dislike the term ‘soft skills,’ feeling that it doesn’t begin to capture the essential role of workplace EQ.

“You might call them soft, but the results are solid,” says Dhanak.

“Embedding EQ is going to change your culture, it’s going to create a healthier environment, attract better talent and enable you to strive for the results you want.”

“Put simply, emotional intelligence is a non-negotiable and you’ll be left behind if you don't embrace it.”