The art of saying no

As most bosses know, there’s a right and a wrong way to say no.


As anyone who has plucked up the courage to put a new idea forward will attest to, there’s nothing worse than a flat out rejection.

But as those in management positions know well, rejecting ideas is simply part of doing business. The challenge for bosses? How can it be done well?

Helping the right ideas to rise

As someone who spends his days supporting clients’ innovation strategies, CEO of The Beanstalk Factory Peter Bradd is no stranger to the complexities of rejecting ideas.

“Not every idea should be taken forward. In the start-up movement it’s often said that no business plan ever survives first contact with the customer. I think this is important.”

This outreach – “getting out of the building” to see what customers really need – helps ensure solutions are developed for problems that actually exist, rather than problems people think exist.

“You can sit around and hypothesise about solutions but ideally you should be looking for evidence that the problem exists,” Bradd says.

Having this type of evidence onside also gives bosses an easy out.

“That evidence helps you to not have to say no. Instead, you can explain it's not something the customer needs, or the evidence isn’t there,” Bradd says.

Damian Kernahan is the founder of Australia’s first service design business, Proto Partners. He agrees with Bradd that questioning what customers really wants is vital.

"We see time and time again that large organisations have what we call the 'shiny iPad syndrome'. They want to invest in an app or the latest technology because it is visible,” he says.

Kernahan says, often, most of the value that can be delivered quickly (in weeks, months or quarters) comes from ideas that work on the basics: people, policy or procedures.

He believes that having a model to work to not only helps pinpoint which ideas should move forward, but also allows rejections to become less personal.

"[You have to ask] is it viable? Do people want it, and will they value it? Second, is it feasible – can we actually do it? Lastly, will it make money? This could be by improving revenue or reducing costs – or possibly both. You need all three of these before going forward," Kernahan says.

"We see time and time again that large organisations have what we call the 'shiny iPad syndrome’.” Damian Kernahan, Proto Partners 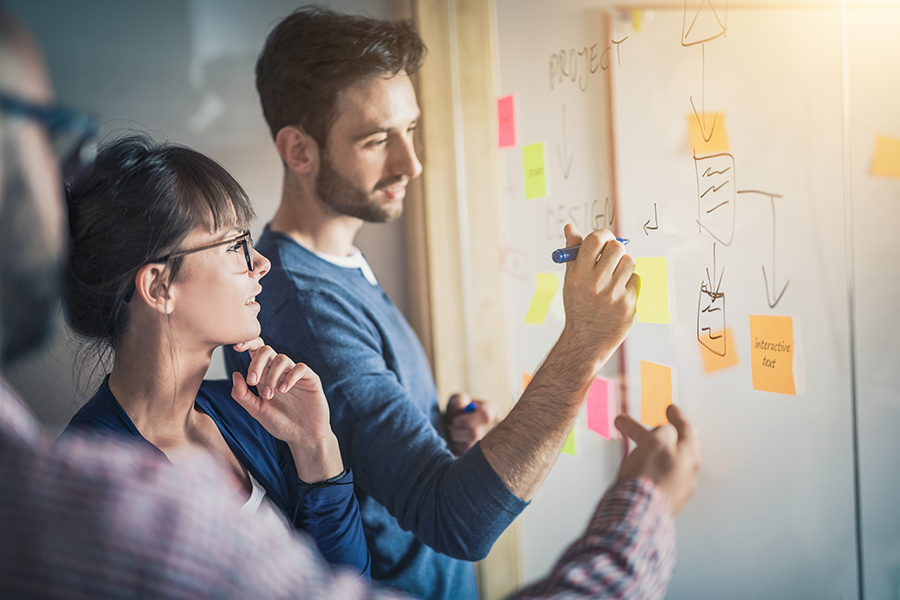 How to say no

Even when the culture is right and there are models in place to support idea generation, rejection is still a business reality.

For Bradd, every no should start with something positive.

“The first step is actually to say 'yes’. I talk about what I liked before going on to explain what they now need to find out so it's not a flat no.

“It’s particularly important if people have worked for a long time on something,” he says noting that bosses should consider their role more as a ‘coach’ than a judge on Shark Tank.

While the famous ’feedback sandwich’ wedges bad feedback between something good at each end, Bradd prefers to finish with action-oriented advice.

“I say something like, 'You've done X. What the organisation needs is Y. To get there this is what you need to do next’," he says.

Great ideas which were initially rejected


The earth is round
Possibly the most famous rejection ever. It took until around 330BC for Aristotle to convince others about this. (Pythagoras tried and failed hundreds of years earlier.)

Harry Potter books
Unlucky for the dozen publishers who famously rejected JK Rowling’s best selling tales of wizardry. The author was in good company: even George Orwell’s Animal Farm faced multiple rejections before finding a publisher, while Carrie by Stephen King was rejected more than 30 times.

Light bulbs are useful
One of Thomas Edison’s most famous creations, the light bulb, was deemed as not useful by the Brits, and thought unworthy of scientific attention on that side of the ocean in 1878.

Umbrellas aren’t just for women
The early male adopters of this waterproof take on a parasol were met with insults when the umbrella was first seen on British streets (the trend began in France). Umbrella rage was serious: some pedestrians even hurled rubbish at what they deemed a ‘female-only’ accessory.