Attracting the best talent: how recruiting for business is changing

Could the CV as we know it soon be a thing of the past? While the process of recruitment has been revolutionised by social media, some HR experts predict relationships and capabilities will be the first thing companies look for when recruiting for roles.

Gone are the days of job ads in the newspaper, and while recruitment agencies stepped into the void left by newspapers, today it’s more often social media that leads the recruitment drive.

According to Roy Morgan, the average Australian aged over 14 spends almost six hours on social media every week. Other surveys put it even higher.

If anything about social media can be considered traditional, the usual social tools for recruitment have been LinkedIn and Seek.

But these days younger people are not as connected to LinkedIn and, in some settings, Instagram and Snapchat might be the social media of choice.

While many employers go further and use social media to screen candidates before hiring, Cook says this is not a typical process at Dexus, not least because of concerns about privacy issues.

For Dexus, current data shows traditional jobs sites are declining as a source of new hires and social media is increasing. Over the past 12 months, 49% of hires at Dexus were influenced by the company’s LinkedIn presence which includes thought leadership articles, testimonials, career information and examples of ‘life at Dexus’.

As Cook says, social media provides the opportunity not just to advertise a particular role, but for employers to emphasise the brand, culture and benefits of working at the company. 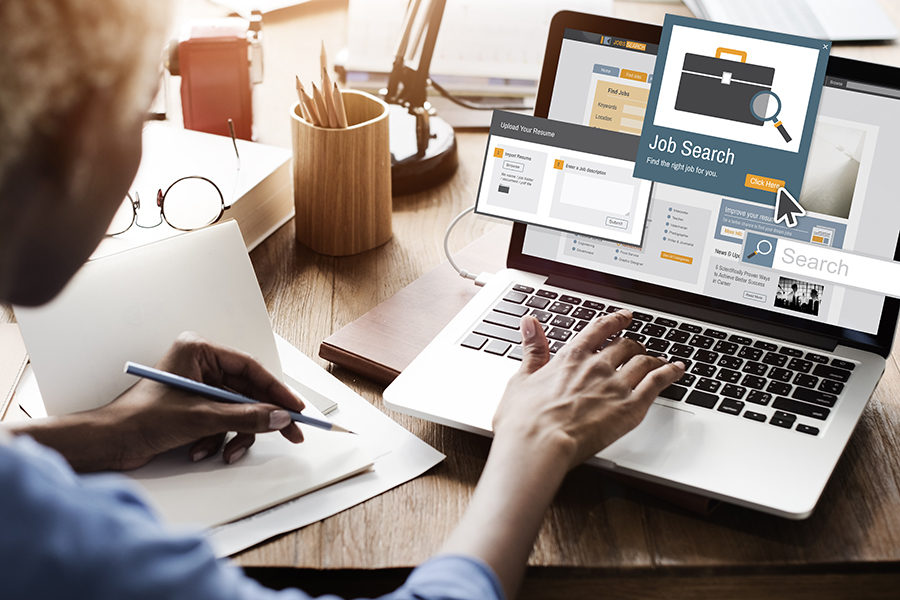 The rise of social media

Fiona Michel is a Board member of the Australian HR Institute (AHRI) and Chief HR Officer at the Auckland District Health Board.

She agrees with Cook, noting that while it used to be a sellers’ market, in the current market organisations are pleading with people to join them.

“Social media lets potential employees know what the brand stands for; you can tell the story of who you are as an organisation and the story behind it,” Michel says.

This leads to another benefit of social media. According to the 2013 Rethinking social media report by AHRI and Deloitte’s Centre of the edge, recruiting using social media tools means companies no longer need to focus on ‘active’ candidates - those who are actively seeking employment – because it also allows them to directly source ‘passive’ candidates, who may not currently be looking for their next career move.

Some firms also encourage staff to use their external social networks to recruit ‘like minds’.

"Top talent will pick the company first, and companies need to be open to people approaching them."

Relationships are the key

Cook and Michel agree that the growing trend in recruitment is relationships.

“It’s about people who make the effort, who let people know they’re in the market, whether there is job out there or not.”

As if to prove the point, Cook mentions the case of a graduate program at Dexus which employed a number of graduates. An unsuccessful graduate kept in touch with the company and effectively built a relationship with the company to the extent that, when another opening came up, the graduate was appointed.

“In the future I think the focus won’t be on how we recruit, but who,” Cook says.

“Previously we recruited on the basis of a specific job or role, but I think that’s a very traditional way of thinking about work, and increasingly I think it won’t be about what they’ve done before, but their capability to learn and contribute in a cluster of related roles and domains.”

So, rather than recruiting a manager of technical solutions, people with digital skills might be recruited to be part of a cluster which could cover marketing, investment management, finance and IT.

Michel agrees. “The CV doesn’t play the same role – it reflects the past, and employers are increasingly interested in seeing the whole candidate for who they are and how they might bring value in the future.”

In this new world, Cook’s recommendation is that people focus on how they want to contribute, that they think about what company they want to work for, and how to build a network into that company.

“Top talent will pick the company first, and companies need to be open to people approaching them.”

Starting from the inside out

The saying goes, Coca Cola used to build their people, while Pepsi just bought their people.

For Dexus the preference is to blend both these days. Often Dexus will find someone internally and have them step up.

In fact, last year, more than a quarter of vacant roles at Dexus were filled internally.

In other cases, for hard to find capabilities, Dexus will spend time researching the market and proactively building talent pools within and outside their industry.

“It’s part of a longer-term strategy to build talent internally with those people who have experiences across the organisation and augment this talent with fresh views from the outside,” says Cook.

“We know from our data that with this blend teams become better at collaborating, thinking through decisions with a diversity lens, making better decisions and getting things done.”

It’s all a long way from an advertisement in the classifieds section of the local newspaper in the good old days.