Public speaking: top tips for setting yourself up for success

Article3min21 May 2019By Hannah Tattersall

In his famous song Lose Yourself, Eminem raps: “His palms are sweaty, knees weak, arms are heavy … He's nervous, but on the surface he looks calm and ready.” The song is about a rap battle but Eminem could have been talking about the way people feel before public speaking.

Is it possible to overcome one of society’s biggest phobias, the fear of public speaking?

One of society’s biggest phobias, Glossophobia, or fear of public speaking, can be debilitating for many. It can affect anyone, from a company director presenting at an annual general meeting, to a student speaking in front of peers in a classroom.

Because public speaking is not something most people do regularly, they don’t spend much time thinking about it or preparing for it, says radio announcer and public speaking coach, Moyra Major.

Major says there are many reasons why people fear speaking in public, from worry about judgement, to fear of making a mistake, and shyness and anxiety.

“When it’s time to do it, we don’t know how or where to start. We hate the idea and therefore the fear builds in our minds because we’ve hidden away without working on it.”
Along with sweaty palms and weak knees, it’s not uncommon for people to experience shaky hands and voice, excessive sweating, increased heart rate, rapid or shallow breathing and a dry or weak voice. Sound familiar?

What is comforting, says Major, is that there is a large number of people who have struggled with the fear for years but who have worked hard on their public speaking skills to achieve a natural presenting voice and calm exterior.

Warren Buffett, Winston Churchill, Sir Richard Branson and Rowan Atkinson all overcame their fear of public speaking to carve out successful careers in their chosen industries, for example.

Major believes nerves are a physical feeling that something is important to you.

“The feeling of a great speech can be addictive. It’s just about how much you let that feeling control you, instead of you controlling your nerves.”
International keynote speaker, Rachael Robertson agrees. “We feel like we’re being judged and we need to perform,” she says.

“Nerves mean you care. Once you get rid of that and realise everyone there wants you to succeed, you’ll be okay.” 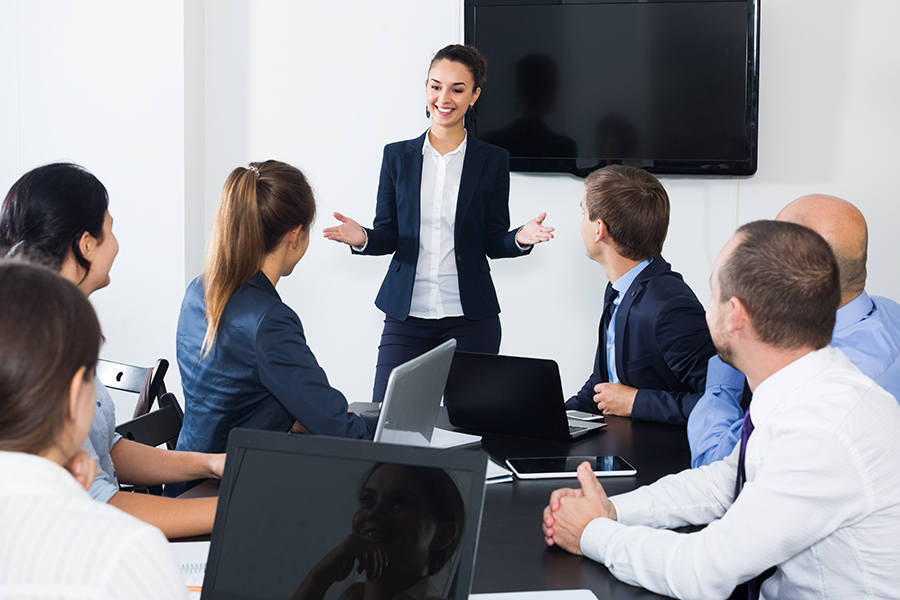 Tips for speaking with confidence

Despite popular belief, losing the fear of public speaking is not about picturing your audience in their underwear or seeking out ‘Dutch courage’ before you step up to the podium. Here are some tips to help you succeed: