Find networking daunting? It doesn’t have to be

Most jobs require some degree of networking skills, yet some of the most successful people are not natural networkers. How do they overcome their fear of networking to reap the benefits?

It’s no secret that introverts possess skills valuable to their workplace, but if there’s one thing that’s a challenge for them, it’s networking.

From junior-level employees to C-level executives, there are people that would shudder at the thought of walking into a room full of strangers, everyone already engaged in what may look like deep, unbreakable conversations.

If this is you, read on.

”The benefits of a networking event is that anything can happen,”

How do introverts work?

While a recent study published by the Journal of Applied Psychology found that extroverts have an interpersonal advantage at work, that doesn’t mean introverts can’t network well.

“Introverts work best in lower-energy environments, less interaction with others and that is more solitude in nature,” she said.

One common concern among introverts that Bec Sands, a senior public relations consultant and career coach, has seen is that they will be judged by the standards applied to extroverts, and that this would put them at a disadvantage.

“In my coaching work, I've found that a common misconception is that introverts don't like to share their opinions - they absolutely do, but they are not ones to be the loudest in the group,” she said.

“Often they need to be invited to speak up or they need to feel a sense of trust with the people who they are in the room with.” 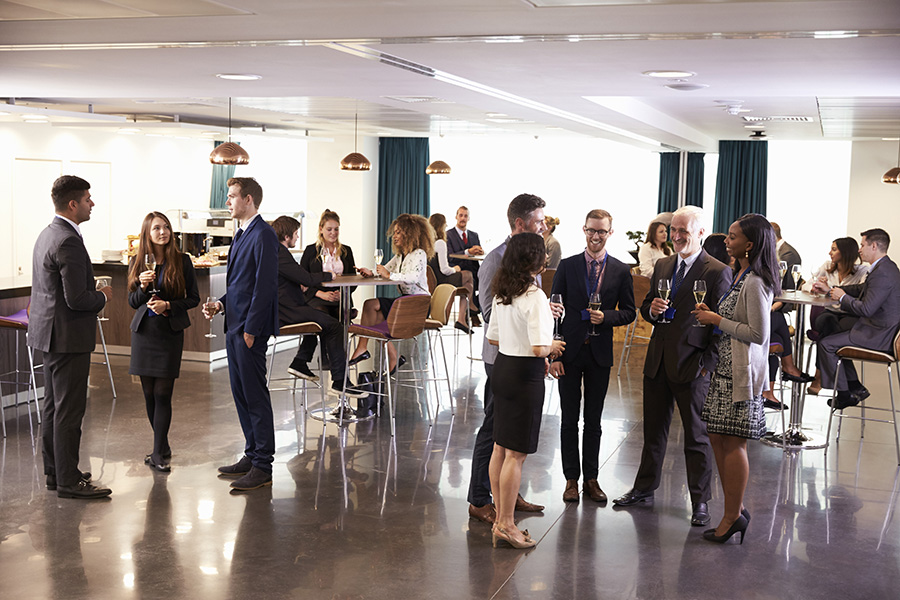 The benefits of a networking event, according to Yi, is that anything can happen.

“It can be the event that you meet a new future business partner, or client who then connects you to the domino chain of clients in future, a new friend who shares the same industry dilemmas with you, or even, a good conversation,” she said.

Sands goes one step further, calling networking “one of the most important things you can do in your career.”

“Building respectful rapport with others in your industry or professional circle can open many doors to new career opportunities but it's always a give and take,” she says.

And connections can become relationships if well-maintained, Caroline Cameron, founder of executive and career coaching company Possibility to Reality, says.

“The longer-term benefits of networking, and subsequent relationship nurturing, can build your reputation as the ‘go to’ person for your area of expertise and result in broader work opportunities.”