Why the gender pay gap exists in 2019

Over the past five years, Australian non-public employers with more than 100 employees have had to report annually on six gender equality indicators. So how is Australia doing?

The gender pay gap has declined in Australia and women have increased their presence in management over the past five years.

But men still earn 21.3% more than women, on average, and at the current rate, female CEOs will have to wait another 80 years, until 2100, before achieving equal representation.

According to the Workplace Gender Equality Agency, recent trends among the employers taking action to address gender inequality include


Data about the workforce

We know this from the annual reports that Australian employers with more than 100 employees have to lodge with the Workplace Gender Equality Agency (WGEA).

While some countries such as the UK collect data on the pay gap and bonus pay gap, in Australia the focus is on understanding what is driving the gender pay gap.

Employers are required to provide data on six gender equality indicators. “Australia is the only country that collects the type of data we do,” says WGEA Engagement Executive Manager, Kate Lee.

“The data tells us what is happening in our workforce.” The Workplace Gender Equality Agency is an Australian Government statutory agency charged with promoting and improving gender equality in Australian workplaces.

The principle of equal pay for equal work was recognised in the Universal Declaration of Human Rights in 1948, although it wasn’t until 1969 that Australian women workers were granted equal pay. While progress towards gender equality has been achieved in the fifty years since then, the gender pay gap still exists.

For the last 20 years the gender pay gap has hovered around 15 to 20%. And still in 2019, women continue to earn less than men, are less likely to advance their careers as far as men, and accumulate less retirement or superannuation savings.

“Organisations that are doing well aren’t resting on their laurels – they incorporate gender equality as a core part of their business,”

The good news is that a growing number of employers are taking action on gender equality, and the data shows they are delivering real results.

Lee mentions a brewing company which realised that the way they were advertising jobs wasn’t appealing to women. They replaced quite masculine language with gender neutral language in their ads and more women started applying.

Parental leave is no longer a simple formula, with some companies offering leave for either or both parents, not just after their child is born, but within the first three years of a child’s life. “Organisations that are doing well aren’t resting on their laurels and they incorporate gender equality as a core part of their business,” Lee says.

“They don’t just do one thing.”

Each year the WGEA awards citations to organisations which are compliant with the Act and meet all criteria, recognising their commitment and best practice in promoting gender equality in Australian workplaces.

In 2018-2019, a record 141 organisations received the citation. There were 26 first-time recipients including the first-ever national sporting organisation: the Australian Football League.

For Dexus, it was the second year the organisation received a citation.

“It’s something that has taken deliberate effort and it’s been led from the top by our CEO and Board. Equal pay for equal work is not only fair, it’s a reflection of who we are as an employer and organisation,” says Dexus Senior Manager, People Operations, Leigh Braddick.

“It’s about stepping up, being accountable, letting our customers and investors know what we stand for, and not letting excuses or legacy get in the way.” 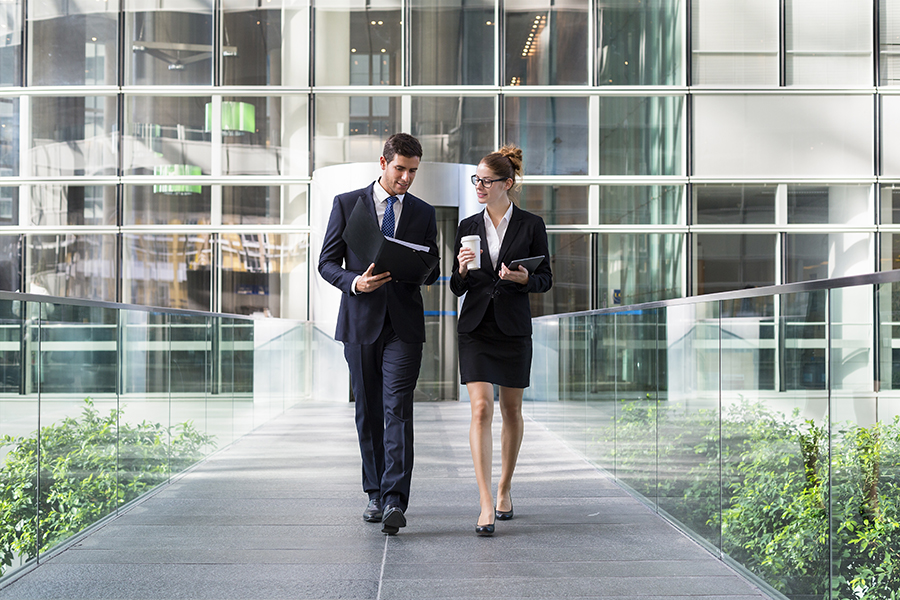 Harvard Economics Professor Claudia Goldman found that one of the reasons women earn less money than men do is that they strongly prefer flexibility in their day over salary. That is, they are willing to turn down higher-paying jobs because those jobs come with more demanding hours or less predictable hours.

Of course, some jobs just don't have scope for flexibility. If you're a neurosurgeon, you can't run out of surgery to go to your child's parent-teacher interview. But that doesn't mean that most jobs can't have some flexibility worked into them.

To help other employers trying to develop flexible working strategies, NAB, a business with more than 30,000 employees, has developed a case study which outlines the programs and initiatives they have developed to help their employees get better access to flexible work.

It includes information on The Flexible Working Toolkit, an internal website which empowers employees to research flex options, create flexible work proposals and work directly with their manager to find the best flexible working arrangement without having to go through human resources.

Flexibility helps address the issue of representation, which can be one of the more difficult problems to address in traditionally male-dominated industries, such as the property industry.

“Pay equity is something we can, and have, fixed; representation takes more time, particularly for representation in senior positions to become more balanced,” Braddick says.

The Dexus Board has been setting gender representation targets for senior management since 2013 and they’re currently at 39% female representation in senior positions, just shy of the current 40 (female) :40 (male) :20 (male or female) target.

“We challenged our leaders to look beyond years on a CV when making a recruitment or promotion decision and focus on capability and potential contribution,” Braddick says.

“If you are going to solve the representation problem, your recruitment decision can’t be based on how long someone has been in a role or industry; if that’s the lens we use, we’ll never solve it.”