The art of feedback: How to navigate difficult conversations

While most organisations invest a significant amount of time and effort into finding ways to reward their high-performing staff, there is one motivational tool that costs nothing but is often overlooked: feedback.

When it comes to feedback, many employees are under the impression that no news is good news.

This, however, can be a damaging state of affairs. A study by Officevibe found that 65 per cent of employees would prefer to receive more feedback on their performance.

“Feedback provides a chance for someone to understand their soft and hard skills, and what they can do to move their way up in an organisation. Without feedback it’s a guessing game,” says Georgia Murch, the author of Fixing Feedback and Feedback Flow.

“We would all like to know how we're going, and to have an opportunity to improve things. Unless you're a very confident and intrinsically motivated person, it's difficult to keep up strong performance without getting any feedback,” says the principal of HBA Consulting, Gary Champion.

"Feedback should be seen as offering someone a gift, because if you don't give them this information, how can they grow?"

Why is feedback in such short supply?

Champion believes that some managers avoid giving feedback because they lack training and confidence. Others simply don’t see it as their responsibility. This occurs most often in technical industries such as engineering, where promotions are often based on a person’s expertise rather than their managerial skills.

But the biggest thing that holds us back is fear, says Murch.

“It's a fear that our working relationships will worsen, or that the feedback is actually incorrect.”

She says it’s a mistake to shy away from giving feedback. Feedback need not be awkward. When provided regularly, the benefits for both employees and organisations can be enormous.

“Feedback should be seen as offering someone a gift, because if you don't give them this information, how can they grow?”

To ensure that the benefits of feedback are felt, there are certain things to bear in mind.

The first is to be as specific as possible. Vagueness is unhelpful because it could come across as a hollow accusation. It’s also important to ask the employee for their version of events.

However, Murch cautions that sharing negative feedback from other colleagues without their permission to do so is a no-no.

“Unless you can identify who said what, and exactly what was said, it will damage trust very quickly,” she explains.

“The individual receiving the negative feedback will look around the office and wonder who said it. It could lead to a lot of insecurities.” 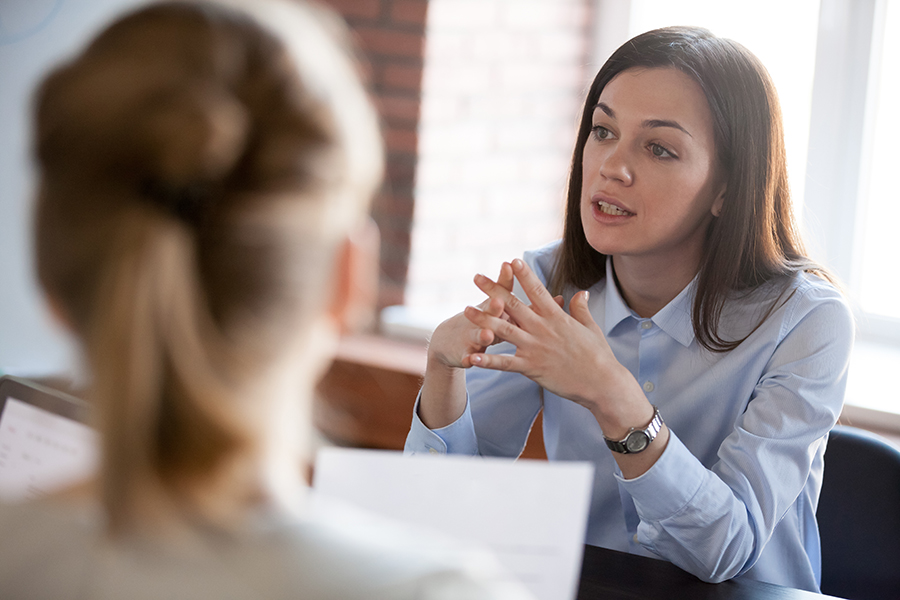 Many of us are familiar with the concept of the ‘feedback sandwich’, which involves two pieces of praise with a slice of criticism in the middle. It was popularised years ago but has since been discredited, says Murch. The formulaic approach can too easily come across as insincere and can erode trust.

“Don’t try to jam all the feedback into one conversation. Look for small opportunities to nip any issues in the bud.”

Nonetheless, it is important to highlight the good in others more often than the negative: the suggested ratio is 4:1.

And when receiving less than glowing feedback about your own performance, try not to take it personally, adds Champion.

“It's not about whether you’re a good person. It's about how you’re performing the work you’ve been employed to do.”

The best way to open an organisation up to the benefits of feedback is by creating a feedback culture.

“Giving negative feedback is almost certainly going to be awkward if there isn't a feedback culture in place,” says Champion.

“When feedback comes out of the blue, people tend to take it more personally. Once you get into that zone, things can spiral downward. It could lead to performance management ramping up or the person leaving.”

Murch says that creating a feedback culture will not happen overnight. However, as humans are not wired for long-term change, it’s better to break things up into chunks.

“You might start by giving each other positive feedback for the next 90 days, until it becomes a habit.”

It is also vital that the organisation’s leaders are onboard, that training is followed up with support, and that progress is measured and adjustments made wherever necessary.

And finally, teach every employee to be accountable for bringing about the cultural change. In other words, give them feedback on their openness to provide and receive feedback.