What’s the key to a harmonious and productive workplace?

Many of us will spend a third of our lives at work, so it makes sense that we enjoy it. But what is the key to a harmonious workplace? Do we need to be best friends with our colleagues? Is a good manager the key? Or does it come down to a certain mix of personality types and knowing how to navigate them?

In 2012, Google undertook a landmark study of what makes effective workplace teams and harmonious workplaces.

Before they started, the researchers were pretty sure it was about finding the perfect mix of individual traits and skills. It was along the lines of this:  one Rhodes Scholar, two extroverts, one engineer, and a PhD.

The two-year study involved more than 200 interviews with Google employees, and examined the attributes of Google teams.

Contrary to their expectations, the researchers found that who was on the team was not the most important factor.

It’s something that strikes a chord for Jess Cronin, People and Culture Lead at Aspect Personnel.

“We don’t recruit to personality profiles or do psychometric testing – it’s about finding the balance between skills, experience, aptitude and cultural fit for both the immediate team and wider business,” Cronin says.

“A harmonious workplace is fundamentally about trust between workers, a place where people are willing to be vulnerable, and where they know they will be treated with respect."

Organisational psychologist Dr Michelle Pizer also questions the value of personality testing. For more than 30 years Pizer has been helping people improve their careers and workplaces, including at Google, KPMG, and the ABC.

“I think a harmonious workplace is fundamentally about trust between workers, a place where people are willing to be vulnerable, and where they know they will be treated with respect,” Pizer says.

Indeed, the Google researchers found that far and away the most important element was how the team worked together, how they interacted and viewed each others’ contributions.

Code-named Project Aristotle in tribute to Aristotle’s quote: “the whole is greater than the sum of its parts”, the study called it ‘psychological safety’.

“It’s where every team member feels safe to speak up and feel vulnerable, and has an opportunity to speak up,” Pizer says.

Cronin agrees: “It’s a safe environment where you’re allowed to have an opinion and won’t be penalised for expressing it.”

Pizer argues it has to start with the leader, who needs to set the agenda, be clear about roles and expectations, and be prepared to have difficult conversations

She refers to one workplace where there was a lot of conflict, which she attributed to unclear lines of authority and lack of leadership.

“Two managers had very different views about how things should be done, both thought their way was right and the boss didn’t want to get involved,” Pizer says.

“It’s that sort of situation where they won’t make the hard call, that conflict arises.”

As Cronin points out: “Conversations to address conflict or to provide feedback are not always easy to have, but if leaders shy away from them it can really snowball.” 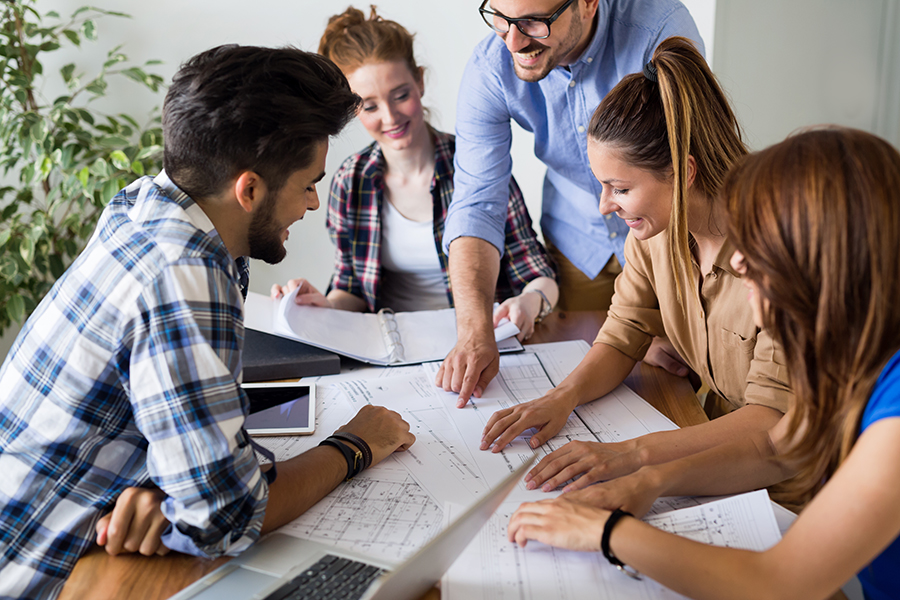 The third key to a harmonious workplace, according to Pizer, is role clarity – people knowing what’s expected of them, and working together as a team.

Cronin agrees: “A lack of clarity leads to ambiguity, loss of engagement and low morale. An employee should know what’s expected of them and be confident that their manager has their back.”

“A harmonious workplace is where everyone is aligned on the purpose of the organisation and being on the journey together.

Overly competitive environments where people are battling each other to get ahead can’t end well,” she says.

In fact, they agree that a mix of personalities, views or opinions isn’t necessarily a bad thing; it’s about how they’re received.

“It’s good to have diverse views and opinions, but if it’s nasty, and involves rolling eyes or looking at phones when someone speaks up, then it’s unacceptable,” Pizer says.

If and when disharmony arises, it’s about ensuring you have the tools to manage it.

“Having a workplace that is harmonious all the time is not necessarily realistic, but if there is conflict, you need to provide people with the tools and support to have a respectful conversation, address the situation and keep moving forward,” says Cronin.

“Everyone has a role to play in creating a harmonious workplace, and it’s definitely a journey - you can’t afford to think ‘this is awesome’ and sit back.”

As Pizer says: “We’re often not as self-aware as we think we are, but the best leaders keep on learning.”