Why taking the office home has its drawbacks

When COVID-19 forced many Australians to work from home, people enjoyed the time they reclaimed from commuting to and from work, and ditching the work suit for the tracksuit. But as the initial gloss dissolved, new challenges have emerged.

According to Roy Morgan, nearly three-in-five people working in Finance & Insurance (58%), and roughly half in Administration & Defence (51%) and Communication (47%) have been working from home during the pandemic.

While that’s enabled the continuation of employment and services, working from home - particularly for the first time - can create additional risks to mental health according to Safe Work Australia. They list ‘hazards’ that include: being isolated from managers, colleagues and support networks; not having clear boundaries between home-life and work-life; changes to work demand - higher for some, reduced for others; and poor environmental conditions,  including an ergonomically unsound or noisy workspace.

Sophie McCarthy, Executive Director of mentoring and leadership development organisation, McCarthy Mentoring recently heard insights from fifty of the firm’s mentors from around the world, in a virtual workshop.

“A lot of people are working longer hours, and they feel stressed about their work and their future,” says Sophie.

It’s an insight echoed by Stuart Taylor, Founder and CEO of Springfox, a provider of corporate resilience programs, which recently published the results and insights from its COVID-19 People Survey 2020. The survey of 536 Australians across a range of industries was conducted in May and June 2020.

While the survey found that productivity has remained largely the same – a finding shared by Sophie – it showed increased stress levels which were predominantly (55%) from the changed way of working, driven by blurred boundaries between home and work’, technology, and time management issues at home.

“The biggest challenge is definitely the whole technology interaction, but the bigger issue is what it’s meant for levels of trust.”

On the one hand, the Springfox survey includes comments from respondents about “bad NBN, Google Meet and Zoom not working, computer crashes and glitches”.

As Sophie adds: “I think we’re all hearing that being on Zoom eight hours a day is a lot more draining than having face-to-face meetings.”

Then again, technology has enabled us to work out of our offices and, as Sophie says, when you don’t meet face-to-face, meetings become a lot more efficient.

“But the downside of that is there’s not a lot of chat about anything else – people go straight into agendas, and they are whipping through the items, they don’t talk about their families, or other things that might be somewhat related and are also what builds relationships for people and I think you need to build those relationships to build trust among colleagues,” Sophie says.

Stuart agrees that trust is the key.

“The biggest challenge is definitely the whole technology interaction, but the bigger issue is what it’s meant for levels of trust,” Stuart says, referring to what he calls the “blissful delusion of leaders”.

According to the Springfox survey, while leaders have held up fairly well (16% reported lower levels of trust), 32% of staff assessed their level of trust as lower due to COVID-19.

“Unfortunately, either due to remote working or leadership behaviour, trust has fallen significantly, and it’s very difficult to operate a high-performance enjoyable workplace when you’re operating in a fear-based culture,” Stuart says.

He talks about some staff members reportedly operating in a heightened level of scrutiny from their leaders, including one leader randomly checking in on staff members.

And all of this feeds into increased working hours. 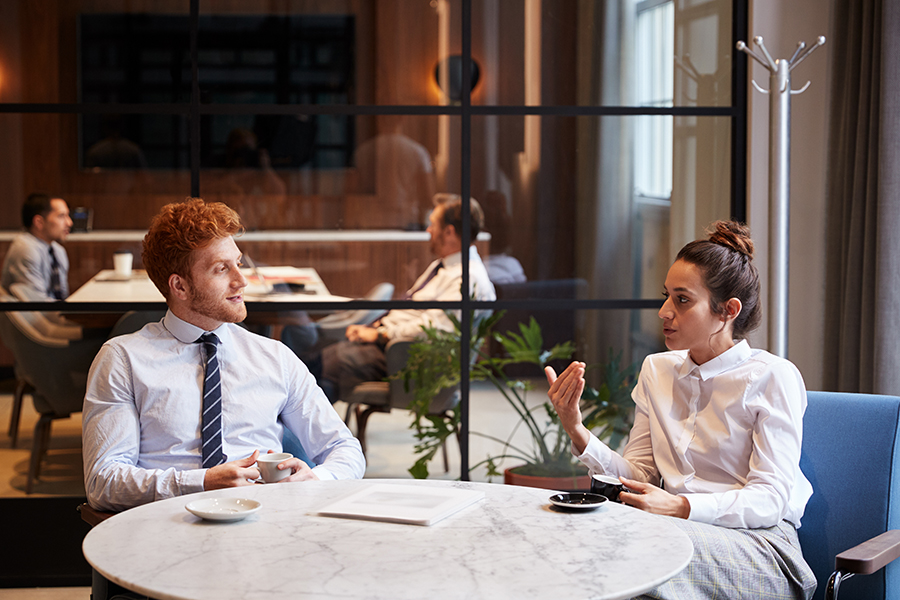 The Springfox survey highlighted the value of both personal and professional relationships and identified connection as “the key to the pivot from worry to hope”.

This tallies with Sophie’s insights. She talks about evidence of people feeling isolated, particularly those in their 20s and 30s, and wonders whether we’ve underestimated the office environment in terms of the human connections it provides.

“We hear lots about toxic workplaces but there are also some really fantastic ones, and they’re a big part of people’s lives. People meet their partners there, they make friends, and workplaces can be incredibly stimulating and exciting for people,” Sophie says.

American vlogger, Hank Green, echoed the sentiment in a tweet earlier this year: “… I'm actually a little worried about the growth in working from home since the office is one of the only places adults find community and new friendships these days.”

Sophie also expresses concerns about the impact on career paths, networks and how people develop as leaders. And there’s the sense of identity that the workplace provides for many.

“That’s what you buy into and I think a lot of people have been impacted by the loss of that, along with the ritual of people’s days. Even though they might have saved the 3-hour commute, they’ve lost that sense of identity and the time that the commute gave them to read, and to decompress,” she says.

Clearing your work documents off the dining-room table so you can sit down to dinner doesn’t have quite the same feel.