Do we need frolleagues to thrive at work?

It’s not uncommon to see people at work keeping their heads down and slipping out at 5pm.

While most people would have at least a positive relationship with their co-workers, there are some who find it difficult to make more conversation than what is necessary to get their jobs done.

But a study from office design company Peldon Rose found that over 80 per cent of survey participants count their colleagues as friends and almost 90 per cent of them value those friendships.

Dr Michelle Pizer, executive coach and organisational psychologist, says there are benefits to both the employee and the business if staff members develop friendships.

“For the employee, it combats loneliness; it’s more fun having a friend to get your morning coffee with, and that can make a huge difference,” she says.

“Also, if you're friends, they'll be more willing to spend time showing you the ropes, doing you a favour, helping you out, any of those kinds of things.

“So it would actually help with productivity as well as just the social side of work.”

From an employer’s perspective, trust among staff is more easily built if they are friends.

“Typically, you'll find that employees will be more committed to each other and more loyal to the organisation; they don't want to leave their friends,” says Dr Pizer.

A sense of trust also means workers will be more willing to take risks because they feel that someone will support them no matter what happens, Dr Pizer explains – meaning people can be bolder and contribute more ideas to the team.

Typically, you'll find that employees will be more committed to each other and more loyal to the organisation; they don't want to leave their friends.

Bec Sands, a career coach who has worked in public relations for 12 years, says employers can shape a healthy working environment conducive for relationship building.

“Employers can encourage workers to make friends through team-building events where everyone is invited. Even more informal activities like regular team lunches can help, encouraging positive, rather than competitive, team environments,” she said.

“When employees are friends, it can create a positive, productive workplace culture where the focus is on working together to achieve the best outcomes rather than getting caught up in drama, which is a definite drain on productivity.”

Dr Pizer stressed that while there are ways to encourage friendships at work, employers can’t force people to become friends.

“You might find one or two in a team becoming friends, and for the rest it just doesn't suit them,” she said.

The more co-workers talk about non work-related topics, the more likely they become friends and not just colleagues, according to Dr Pizer.

She suggested leaders can use team meetings as a forum for employees to connect, for instance, asking them to share a fun fact or something that people wouldn't know about them.

“It's easy to do it in meetings and it helps set the tone for working together.

“But you can't just do it once and be done.” 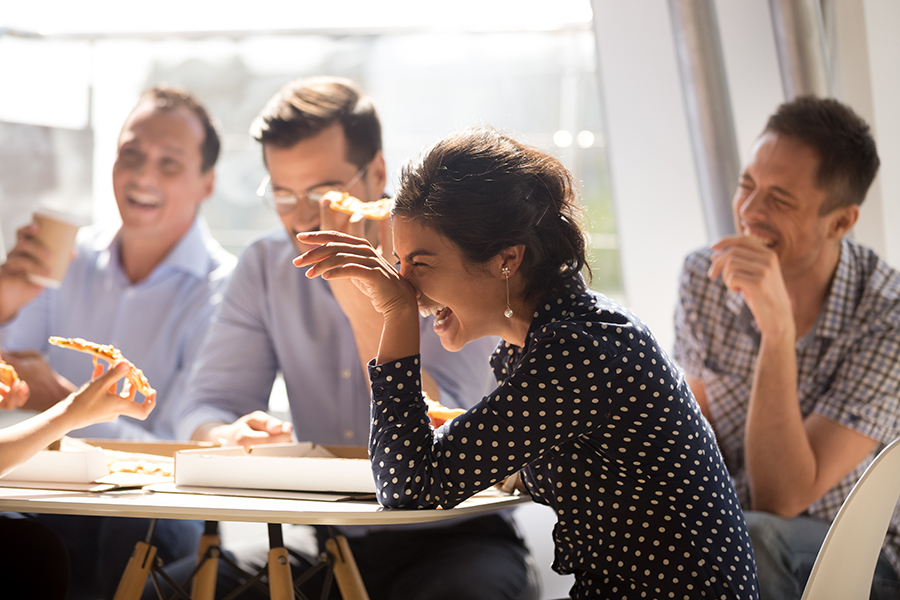 How close is too close?

Despite the benefits of becoming more than just co-workers, Sands says there are some situations where a line needs to be drawn.

“There do need to be boundaries in place, especially between an employee and their manager,” she says.

“If these two become close friends, it could become difficult for the manager to make decisions in the best interest of the broader business when those decisions impact the direct report.

“Likewise, the direct report might feel obligated to their manager, over and above what can be reasonably expected in the role.”

Sands says the most benefit is achieved when employees become friends with others at the same level or with those who they don’t have a direct working relationship.

Dr Pizer agrees that it can be problematic if there is a hierarchical difference, as that’s where the power and levels of authority could be an issue.

Many of Dr Pizer’s clients tell her that they want more friends at work but don’t know how to make that happen.

“For those who make friends easily, be mindful of the people who aren't, but might want to be, included. Even if they say no, including them by asking is actually a really nice thing to do.”