Lights that talk to each other, lifts with predictive capabilities and cognitive software that can interpret a million or more data points – welcome to the prop-tech revolution.

Artificial Intelligence (AI) has arrived and is making a meaningful mark on commercial property, streamlining processes while improving life for building managers and occupants.

It’s a natural progression in an industry where automated technologies have been playing an important role for years - air-conditioning that kicks in at a certain temperature, office lighting which comes alive when darkness edges in.

Times have changed. Automation is old school and AI is where it’s at.

AI not a new concept

Despite what you may think, given the recent avalanche of publicity on the subject, AI is nothing new, it’s just that the technology now exists to make it a reality.

The phrase was first coined by the American computer scientist John McCarthy back in 1955.

To his mind, problem-solving was central to AI technology, and to problem solve, he assumed machines to have human qualities such as beliefs.

"Machines as simple as thermostats can be said to have beliefs,” he once wrote.

“Automation is old school and AI is where it’s at.”

Since then, AI has been a slow-burn and is only now entering daily life through generally mundane innovations such as chatbots answering basic questions on websites.

He says the trigger has been the far-reaching impact of digitisation, which is not only changing buildings and the businesses using them, but also the technology being deployed in commercial property.

“We’ve been using various forms of automation for decades, but there comes a point when a solution reaches a level of sophistication where we start to say it’s intelligent.” 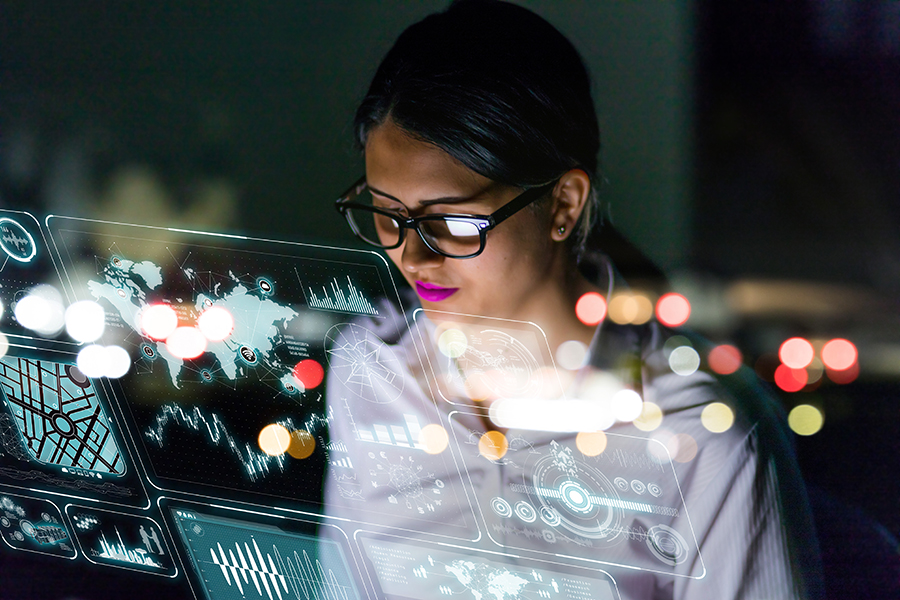 What is Artificial Intelligence?

There is no easy answer to this question – it depends on who you ask. Fuerschke uses a range of criteria to determine a case for AI, including:

One benefit of AI technology can be the low levels of configuration required, says Fuerschke, which is attractive in the commercial property industry where time-consuming commissioning processes are common.

Times are changing though.

Organic Response, an Australian-developed lighting system trialed at several Dexus managed properties, is a great example of out-of-the-box AI technology that doubles as an energy and cost-saving feature.

Depending on circumstance, each individual light can operate independently or as a collective. They are intelligent, able to detect motion and light levels and communicate that information to each other.

“The important difference to traditional lighting systems is that this all happens with minimal programming, without a traditional central control system or needing to configure whole zones,” Fuerschke says.

He also cites new occupancy sensors (which interpret optical images to count people) that will be a part of Dexus’s new ‘smart building’ at 100 Mount Street in North Sydney, as a real step forward.

The advantage of whole of building occupancy sensors is that for the first time, building managers will be able to see how spaces are being used by people and then overlay that with the large amount of data already being generated by building systems. This will lead to new levels of insight on how to design and operate a building.

Communication and data analysis are two big AI components and deploying both of these is Bueno Systems, an expert in building management systems that monitor and analyse data to improve the efficiency of running a building.

For each of Dexus’s buildings using these systems, there are around 8,000 data points covering areas such as heating, ventilation, air-conditioning, water, electricity and gas meters, water treatment and lift operation.

The data and analysis help Dexus predict when maintenance is required before an issue arises and operate its buildings more efficiently – reducing energy output and water wastage. This process is slowly shifting from a manual review or simple rules logic to using AI.

“We are looking at all systems and using data points to see what can be done to improve overall performance across individual buildings or an entire portfolio,” says Victor Vu from Bueno Systems.

Vu says the system is continually evolving and becoming more advanced as more knowledge is gained.

It is becoming more intelligent.