What price for your brand in the skylines of Australia’s capital cities?

Whether you are crossing the Sydney Harbour Bridge into the CBD or gazing out to North Sydney on a balmy evening, there is one sight you can’t ignore – company signs blazing atop commercial buildings.

It’s a high impact way to reinforce a company’s brand, the sheer prominence of the signs conveying a sense of stability and reliability.

“The main reason Credit Suisse undertook advertising our company name on the top of the Gateway building in the Sydney CBD is because we are proud to have a presence here,” Katrina Glover, Credit Suisse chief operating officer, says.

“We have been in the building since its inception and we put our brand name on the top of the building in 2012. As the largest tenant, it made sense to make our existence felt.”

Located near the Sydney Harbour Bridge and Sydney Opera House, two of Australia’s leading landmarks, the Gateway building is an attractive proposition for building signage.

“As the largest tenant, it made sense to make our existence felt.”

Laws with respect to signage and naming rights on building vary across Australia.

In Sydney, signage rights may allow a company to put its sign on top of a building, but the building can’t be named after it. Naming rights give a company the opportunity to name the building after its brand.

“The City of Sydney’s planning controls encourage signs that positively contribute to buildings, streetscapes and the city skyline,” a City of Sydney spokesperson says.

In North Sydney, the rules vary again, depending on the type of signage being sought. Variables include the size, content and location of signage of commercial office buildings.

“It is sometimes the case if a company takes out signage on top of the building, the building may be named after them depending on the terms and council regulations,” a North Sydney Council spokesperson says.

“Some office buildings currently have multiple names. For example, the building at 100 Miller Street is known as ‘Northpoint’, but it is also known as the ‘Panasonic Building’. These names are often used interchangeably.” 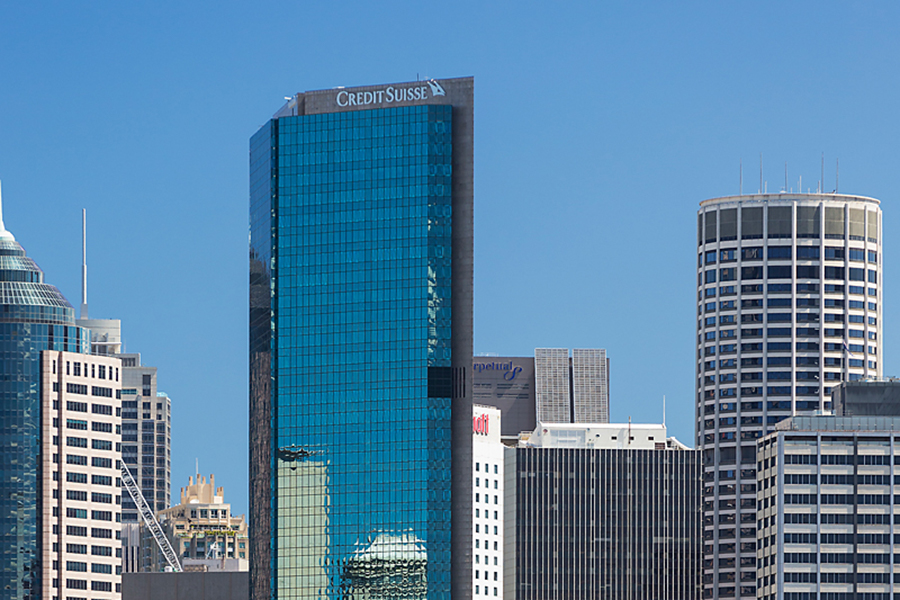 North Sydney is appealing to advertisers because it can be seen from the CBD as workers head home for the evening, or stay late, while prominent buildings in the city can be seen from all locations, especially in the eastern suburbs.

“Generally, customers are after brand recognition when advertising on top of buildings,” Ellie Schwab, Dexus head of office portfolio, says.

“Most customers would say it is hard to measure return on investment but they see it as an opportunity to further promote their brand and attracts attention all year round.” The City of Melbourne Council has different rules again.

“A permit from the City of Melbourne is required for what are known as ‘high wall signs’ – signs that are more than 40 metres above the ground – and one high wall sign is permitted per building elevation, however this does not necessarily mean four signs will be approved ,” a City of Melbourne spokesperson, says. “There is no set maximum signage size, and applications are assessed on a case-by-case basis.

“When assessing signage applications, we will consider factors such as size, design, integration with the building, illumination, messaging and content and any potential effects on amenities or views. “Wall signs that are more than 40 metres above the ground should only consist of the logos or names of the organisations that have naming rights, or the major tenants, or the name of the building.

“ High wall sign permits are generally only granted to companies with naming rights or to major tenants of the building.”

A planning permit is required to erect high wall business identification signage in the Central City and Docklands.

Branding comes in many different forms but putting your name in bright lights is a sure-fire way to make your presence known.