#stopsayingthisplease: why you should ditch business jargon

Buzzwords and jargon, there’s no way to avoid them creeping into the workplace. Or is there? You might think twice when you consider their potential impact on the bottom line.

If you have the bandwidth, let’s double down and do a deep dive on the joined-up thinking needed to drill down on this data-driven paradigm before we socialise the proposal … and then let’s see if we can boil the ocean!

In October 2018 Professor Rae Cooper, Professor of Gender, Work and Employment Relations at the University of Sydney Business School tweeted that there were a few buzzwords she’d like not to hear again, inviting her followers to add their favourites using the hashtag #stopsayingthisplease .

Responses rolled in: ‘leverage’, ‘circle back’, ‘drill down’, ‘reach out’. The list goes on, including Cooper’s personal favourite, ‘double down’.

“Unless they play cards, no-one knows what ‘double down’ even means,” she says.

You might have recognised some buzzwords that you hear at work, or even some you use, but do you really know what they mean? More importantly, are they appropriate for the workplace?

"In organisational communications we talk about the need for clarity and authenticity, but using jargon makes people look inauthentic."

As part of her work, Cooper teaches how effective communications fits with leadership.

“In organisational communications we talk about the need for clarity and authenticity, but using jargon makes people look inauthentic, and having half the room confused doesn’t help in getting your message across,” she says.

“It’s not about using the Queen’s English, it’s about speaking clearly and respectfully and saying what we mean.”

“Say what you mean, and mean what you say,” James says.

The Plain English Foundation has re-trained 28,000 people, many from the financial and legal sectors, as well as all levels of government to transform their written communication into, well, plain English.

He refers to different categories of jargon and buzzwords. Fancy-pants, suit-speak, and deliberate obfuscation.

In the fancy-pants camp, think ‘in relation to’ and ‘prior to commencement of’ (what’s wrong with ‘before starting’, he asks). Suit-speak covers the clichés like ‘level playing-field’ and one he particularly dislikes, ‘opening the kimono’. The latter supposedly means being transparent, yet it succeeds in scoring the double-whammy of, ironically, not being clear, as well as a smacking of gender bias!

So why do people use them, and do they matter? 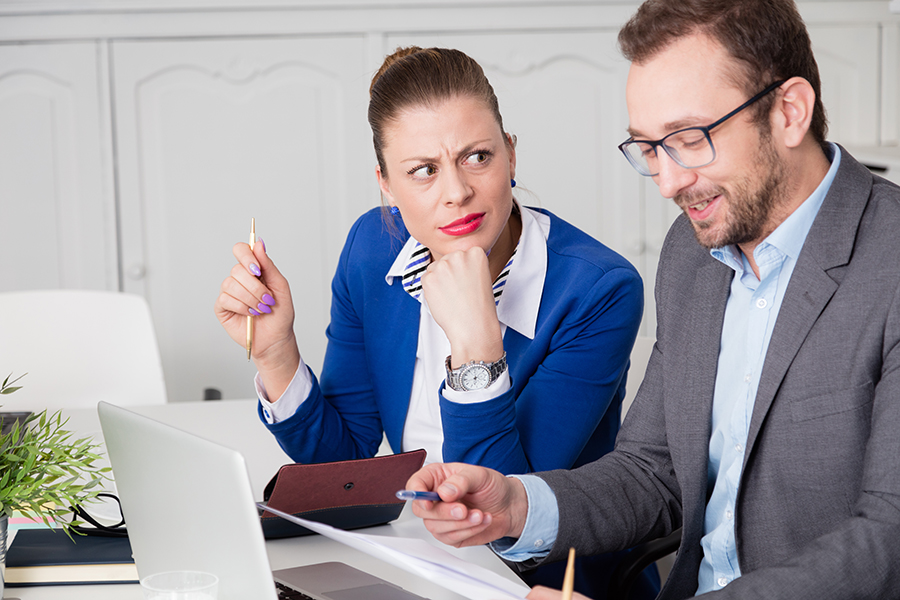 According to James, using buzzwords and jargon impacts on efficiency.

Here in Australia, James worked with an insurance company which found it could improve its bottom line by $4 million over five years by using good, clear plain English, devoid of buzzwords and jargon.

James also recounts the story of a new starter going to his first business meeting and in the lift afterwards, confessing to colleagues that he didn’t understand most of what was discussed, only to find he wasn’t the only one who felt that way.

“Think of the efficiency missed in that meeting!"

But there’s also evidence of a real cost to business.

Truth From Language and Truth From Fit: The Impact of Linguistic Concreteness and Level of Construal on Subjective Truth is a study by Jochim Hansen and Michaela Wänke published in 2010 that looks at the impact of language on judgments of truth. It found that speakers who used buzzwords instead of concrete language were more often perceived as lying.

James also cites a 2003 survey by the Royal Mail which found that poorly written business letters and literature alienated customers, to the tune of an estimated £4 million a year in lost business.

“I feel the reason people use jargon is that it makes them feel included in a particular community. They use it to fit in, to signal that they are up to the minute,” says Cooper.

James agrees: “It’s about joining the club, a marker of status and inclusion.”

As for James’s least favourite buzzword?

It sounds like a club none of us should want to join.