As far as the global take-up of battery-powered electric vehicles (EV) goes, Australia been stuck in the slow lane for the past few years.

While 2.1 million electric vehicles were sold around the world in 2018, only 2,216 were sold in Australia. Compared to Norway where EVs represent around 46% of total new car sales, in Australia the figure is only 1.8%.

But according to some of Australia’s leading electric car advocates, that is all about to change.

“Globally, we now have absolute certainty that the future is going to be electric vehicles.

“That’s a decision that’s been made by markets and automotive companies around the world,” Behyad Jafari, the chief executive of the Electric Vehicle Council says.

Jafari says that also applies to Australia, despite the lack of government incentives compared to other countries.

With the cost of battery-powered cars expected to be the same as their petrol-powered equivalents in the early to mid-2020s, Jafari says sales of electric vehicles will represent the majority of vehicle sales within a handful of years.

“Globally, we now have absolute certainty that the future is going to be electric vehicles.”

EVs on a growing number of shopping lists

In its recent annual survey, the Electric Vehicle Council found the number of respondents who had done some research into electric vehicles had grown from 19%to 45% over the past two years.

Mr Jafari says the benefits of plug in vehicles cannot be understated. For one, they are significantly cheaper to run. The average Australian driver spends $2,160 on fuel a year to drive 15,000km each year, which according to Jafari would cost $600 in electricity costs to charge an EV to travel the same distance. Given they have less moving parts, EVs also cost around $300 to $400 less to service each year.

Then there are the public health benefits of eradicating exhaust fumes and vehicle pollution, which according to Jafari was responsible for around 2,000 deaths a year in Australia, more than the national road toll. There is also the benefit of Australia reducing its dependence on foreign oil and exposure to global fuel supplies.

While Jafari says the cost impediment of electric cars is fast disappearing, he says some challenges remain with the roll-out of charging infrastructure. One key issue will be need for apartment buildings to accommodate the mass charging of vehicles, which will not only require multiple charging points but also large amounts of electricity.

“The main thing that has happened in the past five years has been the increase in the number of models available in Australia.

“For the longest time there were maybe 30 to 40 different makes and models of EV around the world, but only three were available in Australia. They happened to be the three most valuable ones,” says Jones.

One sign of the inflection point, according to Jones, was the response to the recent introduction of the more affordable Model 3 Tesla car in Australia.

“Tesla’s release of the Model 3 in Australia in the last couple of months has seen a massive uptick in EV sales,” he says. Around 2,000 Model 3s were sold in Australia in the past month. Up until that point, 2,000 was the best we could hope for in an entire year for all plug-in vehicles.” 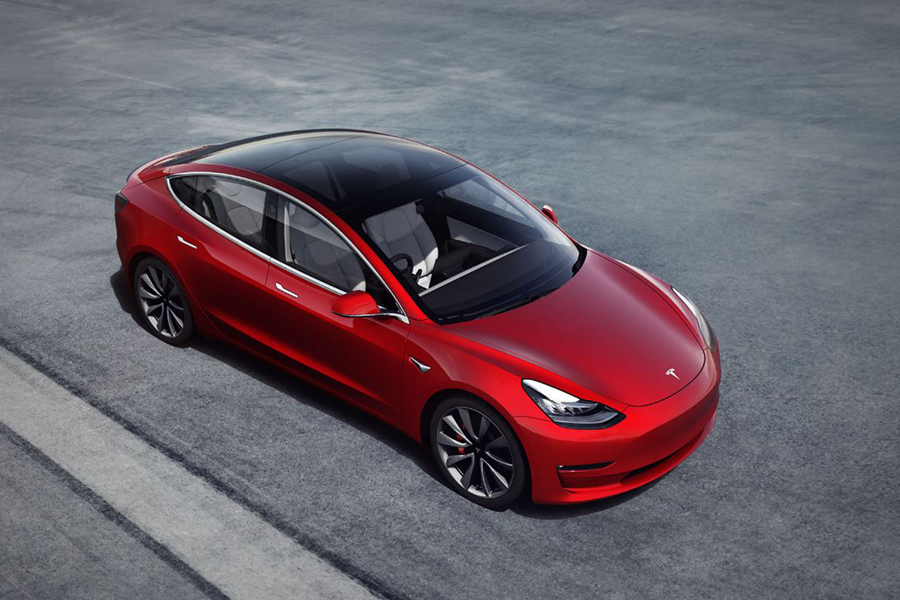 EV sales surge across the Tasman

Jones says the growing number of EV models now on the market in Australia has come as improvements in the range of electric powered cars and the time it takes to charge cars.

“As a result of that we are at an inflection point, but it’s not a very rapid inflection point that New Zealand experienced a couple of years ago,” says Jones about the country which has more battery-powered cars on its roads than Australia despite its smaller population.

He says the fast take up in New Zealand has been related to the strong second-hand market for imported cars, which has offered consumers more options to buy electric vehicles at more affordable prices.

A report published by the Australian Renewable Energy Agency noted New Zealanders had more than double the number of EV models to choose from and that were able to import second-hand plug-in vehicles that were less than a year old without having to pay any customs duties.

The report found “model choice is a key driver of PEV [plug-in electric vehicle] uptake and the effects of greater choice in New Zealand on uptake can be seen in the data.”

But ultimately, Jones says the trends all point to the mass adoption in Australia in the next few years. Apart from the falling costs, he expects improved performance to drive sales.

“I don’t expect the price of the vehicle to halve next year, it might only drop by 20% but you’ll get 20% more range. People will weigh that up,” he says.

“And, people won’t know how nice the experience is until they take one for a drive.”