What’s behind the acronym epidemic?

They were once a military code to confuse enemies – now acronyms are adding to our burden of baffling workplace jargon.

When Gabrielle Dolan found herself bewildered by a workplace conversation, just three little letters were to blame: ‘SME’.

“The person I was speaking with was using the acronym to mean Small to Medium Enterprise,” she says.

“Meanwhile, I thought she was referring to a Subject Matter Expert. Unsurprisingly, nothing we were saying to each other made sense.”

In offices around the world, acronyms are a frequent source of workplace miscommunication.

Dolan knows this well. In fact, she herself is an SME, on what she terms EUUA –Excessive and  Unnecessary Use of Acronyms.

The speaker and author provides training to organisations about clear workplace communication, and her book, Real Communication, critiques our collective addiction to acronyms.

She’s in good company. In a 2010 email to SpaceX staff with the subject line “Acronyms Seriously Suck”, Elon Musk unleashed his ire.

“Excessive use of made-up acronyms is a significant impediment to communication,” he declared.

“No one can actually remember all these acronyms and people don’t want to seem dumb in a meeting, so they just sit there in ignorance.”

Dolan, who also founded Jargon Free Fridays, an initiative for workplaces to go acronym and jargon-free, says “unnecessary use of acronyms is increasingly prevalent.

“The moment something has three words, we are compelled to reduce it to initials.”

And often, she adds, we have “absolutely no idea what people are talking about.”

“For every acronym there are various definitions, and the more acronyms we use, the greater potential for confusion.”

Whether they’re ‘initialisms’ (read as letters, like GFC or CBD) or acronyms (initials making up a word, like SCUBA or AWOL), these little contractions are ubiquitous.

From your ETA at work until COB, and even when you’re OOO, acronyms fill each working day. After long hours chasing ROI, balancing P&L, considering SWOTs or meeting your KPIs, you might kick back for some R&R, or ROFL (Roll On the Floor Laughing) at a friend’s hilarious text message because YOLO (You Only Live Once).

And while these common abbreviations might be widely understood in a world where text-speak has modified all our interactions, problems begin when companies create more and more of their own.

He adds, “when joining a new industry, it can be like learning a new language.”

As a result, Dolan says every organisation has its own (often vast) internal database of company acronyms.

“If you’re having a conversation, you need to check the database constantly.” 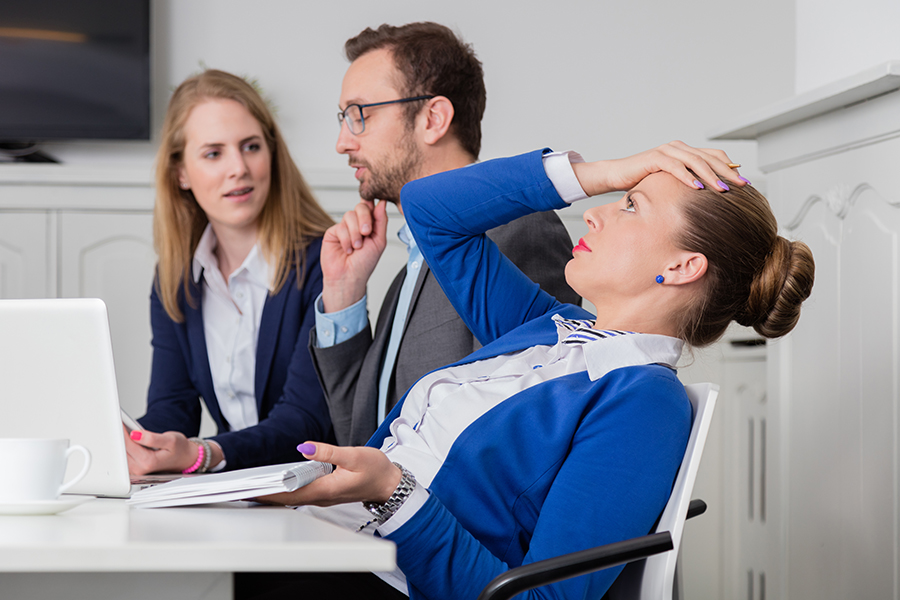 To add to the confusion, one acronym can have multiple meanings, depending on where you work.

Dolan points out potentially mortifying misunderstandings around STI (Short Term Incentive and Sexually Transmitted Infection) – and, in social conversations, the often misdirected LOL (Lots of Love and Laugh out Loud).

At their most absurd and confusing, she says, acronyms can render a simple word or phrase unintelligible.

“Around 25 years ago when I was a mainframe computer operator, one of the fans broke and I had to order a new one,” she recalls. “I went through the parts catalogue and couldn't find ‘fan’ anywhere.”

Eventually she located it, under ‘A.’ “The fan was called an AMD – Air Movement Device,” says Dolan.

In his anti-acronym rant, Elon Musk called out a humdinger of an abbreviation for ‘tripod’: “VTS-3 [Vertical Test Stand-3] is four syllables … the  acronym version actually takes longer to say than the name!”

To abbreviate – or not?

Generally, Dolan believes we should all cull acronyms from our daily language.

“They’re a selfish and lazy way of communicating because you are putting all the onus on the other person to interpret correctly,” she says.

Ironically, she adds, acronyms were once used by the military to disguise vital information from enemies.

“We have adopted a language in business that was invented to prevent communication, not facilitate it,” she says.

So is it ever OK to use acronyms? Sometimes, says Dolan.

“If everyone understands what it means, and you are 100 percent sure of that, use it. If they’re not, don't. Just say the phrase in full.”

It also helps to define the acronym at first mention, just in case.

She offers another cautionary tale. “I had to fill out a form when I was asked to be a keynote speaker on the subject of jargon and acronyms. It asked about my ‘CTAs’.”

In all her years studying acronyms, Dolan hadn’t heard that one.

“Why couldn’t they just write that?”