A star performer in the war on waste

Energy may be at the frontline of environmental sustainability, but it’s also an invisible commodity. Waste, on the other hand, is a tangible touchpoint – and there is no clearer statement of a company’s stance on sustainability than a pile of plastic overflowing from a rubbish bin.

In some corners of our cities, the war on waste has begun in earnest. And when our nation sends an eye-watering 67 million tonnes of rubbish to landfill each year, it’s not a moment too soon.

“Waste is a concern to a lot of our people. Emissions are invisible, but waste is very visible,” says Saul Foster, Procurement and Sustainability Consultant at Clayton Utz.

The big-six law firm is one of the customers in Sydney’s 1 Bligh, an award-winning office tower that recently scored Australia’s highest NABERS Waste rating of 4.5 stars.

While not everyone who works in 1 Bligh understands what NABERS, or the National Australian Built Environment Rating Scheme, means, they are acutely aware of 1 Bligh’s sustainability credentials, Saul explains.

When it first opened its doors in 2011, 1 Bligh boasted a series of firsts – from its double-skin façade that delivered unparalleled energy efficiency for a building of its size to the blackwater recycling system that slashed water consumption well below business-as-usual.

Since then, the new NABERS Waste rating is an “impressive achievement,” Saul says, and “sends an important message to our people who work in 1 Bligh each day that our building owners are always looking for new ways to improve its sustainability.”

1 Bligh Street embodies Clayton Utz’s values, Saul adds. “We have fully offset our carbon emissions in line with the National Carbon Offset Standard, and we publicly report on our emissions through the Australian Legal Sector Alliance each year. Our building’s NABERS Waste rating is more evidence of our commitment to sustainability.”

"We have a lot of sustainability enthusiasts in our organisation, and each new measure we introduce serves as an opportunity to engage our staff."

“We chose 1 Bligh because, as a corporation seeking to accelerate Australia’s sustainable transition to net zero emissions, minimising our own carbon footprint is important to us.

“In a number of our property transactions we have asked counterparties to identify steps they can take to achieve net zero, and 1 Bligh is a real-world example of this approach in action. Having the highest NABERS Waste rating in the country is another important measure,” Sebastian says.

Landfill isn’t just an environmental hazard that squanders raw materials. It also creates massive amounts of greenhouse gases – of which up to 80 per cent is released in the atmosphere.

“One of the great things that 1 Bligh offers is the various waste streams – from organic waste to e-waste – that make it very easy for our people to reduce their contribution to landfill. We’re very pleased to be helping achieve the kind of recycling rates that make 1 Bligh a benchmark for sustainability,” Sebastian explains.

“The CEFC supports the reduce, reuse, recycle recommendations of the international waste hierarchy in both our investments and in our day-to-day activities. Recycling and resource recovery are important, but so is avoiding generating waste where possible.” 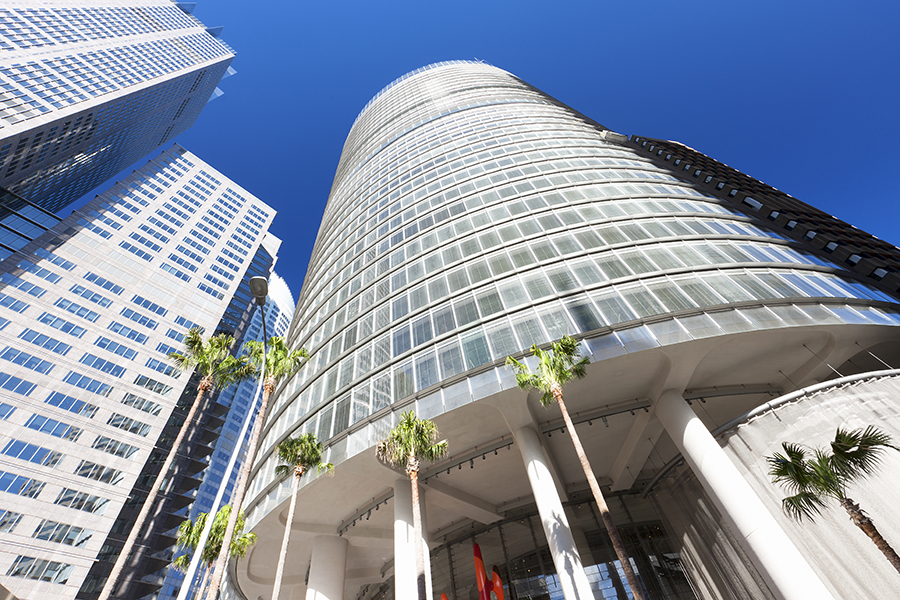 Sustainability as an engagement opportunity

Clayton Utz, meanwhile, has recently removed its under-desk bins, which has delivered a host of benefits.

“Centralised bins encourage more human movement and interaction between people. And we’ve reduced the amount of plastic from bin liners alone by 72 per cent when measured by metres squared,” Saul says.

Clayton Utz has also introduced another internal waste stream to recycle e-waste. 1 Bligh offers customers a quarterly e-waste collection service, but “the average person is going through a lot of batteries, particularly with the increased deployment of wireless technology,” Saul explains.

Although batteries are recyclable, 97 per cent – or about 8,000 tonnes – end up in landfill each year.

“We noticed a disconnect between where the waste was being generated and where it should be recycled, so we have implemented our own internal collection scheme – and we’ve gathered hundreds of batteries in just a matter of months that would otherwise end in landfill.”

“We have a lot of sustainability enthusiasts in our organisation, and each new measure we introduce serves as an opportunity to engage our staff.”

“Our rating reiterates the commitment that owners, Dexus and Cbus Property, have to sustainability, and to bringing customers along on the journey,” Peta says.

Achieving such a result demands big picture thinking, an eye for detail and close engagement with everyone from customers to cleaners, Peta explains.

“Our team weighs all of the commercial day to day waste leaving the building, and monthly data on each customer is reviewed to determine how much is going to landfill. We then work closely with our customers to identify areas where we can help them improve.

“Customers will often think they are doing the right thing, but the data will show there is more opportunity to reduce waste. It’s often the data that spurs them on to make changes.”

1 Bligh promotes four separate waste streams: paper and cardboard; mixed recycling; organic waste; and general waste, and Peta admits that recycling can be a minefield at times. Who hasn’t hovered over the kitchen bins wondering whether chips and lolly packets, disposable cutlery or coffee cups can be recycled? (For the record, none can be.)

Peta says regular education is important to engage people, and to encourage everyone to think before they toss.

“Stopping and thinking about every little bit of waste and where it goes really can make a big difference.